In the mid-nineties, Australian artist Craig Walsh created his first projection at Woodford Folk Festival in Queensland. Made with photographic slides, the massive installation temporarily transformed a tree into a large-scale portrait, enlivening the canopy and initiating what’s become a 30-year project.

Now covered within the artist’s Monuments series, the digital works continue to animate landscapes and public spaces around the globe, and they’ve evolved in breadth and scope, sometimes incorporating live video and sound that allows viewers to interact with the illuminated characters. Blinking, yawning, and displaying various facial expressions, the emotive figures address both connections between people and their surroundings and conversations around whose stories are upheld and disseminated. “The work in the early days conceptually linked more to how the environment we exist in influences the human condition,” Walsh tells Colossal. “Surveillance was another interpretation.” Today, the responsive installations more directly address traditional narratives and challenge “the selective history represented in our public spaces,” he says. Many of the Monuments Celebrate people who significantly impacted their communities, and yet, might be overlooked. His 2017 piece, “Churaki Hill,” for example, pays homage to Churaki, an Aboriginal man who was responsible for many successful water rescues in the Tweed region in the early 1900s.

Similarly, Walsh’s recent installation in Charlotte, North Carolina, honors the descendants of Mecklenburg County’s Black residents. Created for the annual Charlotte SHOUT! festival, the trio of works occupies Old Settlers’ Cemetery, the burial ground for the city’s wealthy residents throughout the 18th and 19th centuries. He shares about the project:

Much like today, Charlotte was a diverse city in its founding century…By 1790, the census for Mecklenburg County lists a total population of 1,608 enslaved African Americans or 14 percent of the town’s population. By 1850, enslaved African Americans accounted for 44 percent of the total population inside the city limits. While their graves are not marked, the north quadrant next to Church Street is the final resting place for the formerly enslaved members of Charlotte’s first one hundred years.

On display earlier this year, the installation features folk artist Nellie Ashford, filmmaker and counselor Frederick Murphy, and DJ and musician Fannie Mae. Honoring the deep family ties and legacies these three hold within the city, the portraits memorialize their continued contributions to local culture.

Walsh is currently based in Tweed Heads, New South Wales, and his latest project is on view at Victor Harbor, South Australia, through September 11. Explore more of the Monuments series on the project’s site and Instagram. 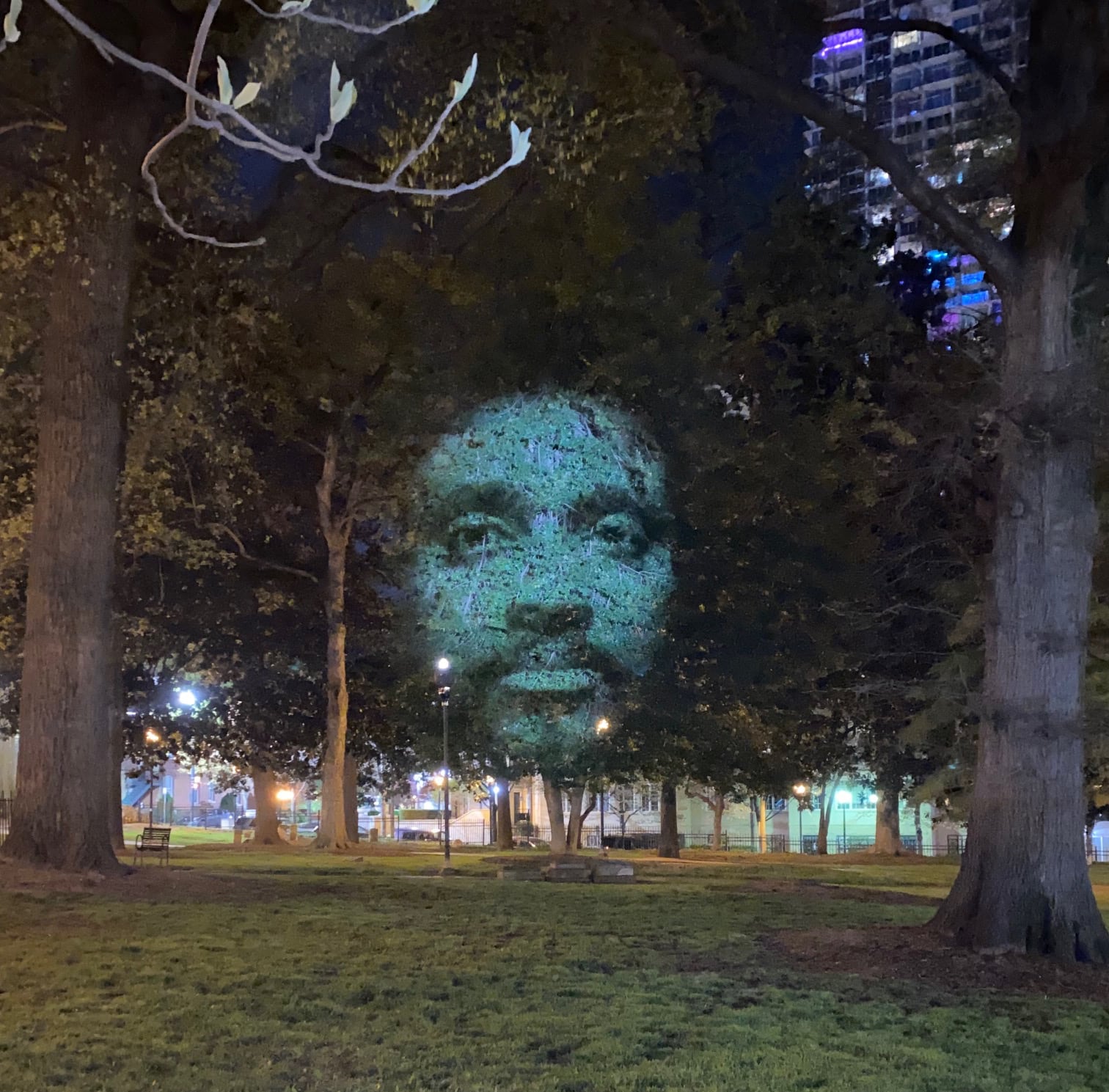