To create her wall works, Detroit-born Artist LaKela Brown makes both positive reliefs and physical impressions of cultural artifacts associated with Black femininity. While these pieces call to mind limestone or alabaster cuneiform tablets and various stone reliefs from the ancient world, their primary substance is plaster, a vulnerable and relatively cheap material. Though plaster was used as a building material as far back as Ancient Egypt, in Brown’s work it serves as the base for fossil-like imprints of metal hoop earrings, chain necklaces, and crowned teeth. The voids, with their sense of absence, are particularly symbolic. Sometimes, Brown paints the indentations gold; in other instances, she uses them as molds to cast positives. She then arranges these casts and impressions into grids or scatters them into more haphazard compositions. 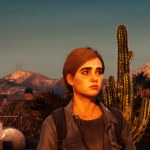 In Composition of Doorknocker Earrings with Pharoah Heads and Nefertiti Recesses (2018), the artist crafts a constellation of positives and negatives, featuring silhouettes of the Egyptian queen’s bust, likely impressed from a museum gift shop trinket, along with so-called door-knocker earrings. These earrings are a common motif in Brown’s tablets, which have been shown in solo exhibitions such as “Surface Possessions” at 56 Henry in New York (2019), “Material Relief” at Reyes Projects in Detroit (2018), and “Untitled” at Lars Friedrich in Berlin (2018). Signaling gendered and racialized power relations, oversize hoops became associated in the 1960s and ’70s with African American artists and such as Nina Simone and Angela Davis, and were later popularized by musicians such as Lauryn Hill and Mary J. Blige. Representations of Nefertiti, meanwhile, are inextricably linked to histories of European exploitation, racism, and plunder—the limestone bust of the queen remains in Berlin’s Neues Museum, as Germany has refused Egypt’s ongoing requests for its repatriation. In this vein, Brown’s work might be seen as an archaeological dig into (auto)ethnographic history. Yet, as she searches for kin across millennia, Brown also seems to reflect on the stakes of legibility even as she brings these uncovered strands into the light.

An interventionist turn to history underpins “52 Artists: A Feminist Milestone,” a group exhibition at the Aldrich Contemporary Art Museum in Ridgefield, Connecticut. The show, in which Brown is exhibiting, marks the fifty-first anniversary of the historic “Twenty Six Contemporary Women Artists” survey organized at the same institution by critic Lucy Lippard in 1971. Alongside the original participants including Adrian Piper, Howardena Pindell, and Sylvia Plimack Mangold—the show will highlight artists who have furthered feminist art in the past half century. Much of feminist practice, Brown’s included, attempting to locate, trace, and mobilize lost sisters who have been effaced through fraternal codes and male-dominated histories. Brown’s ruminative search for strands and communion suggests that radical possibilities might emerge from excavating and recasting figures that remain buried, while also asking, what scars and artifacts will be uncovered from the past? What will come after?